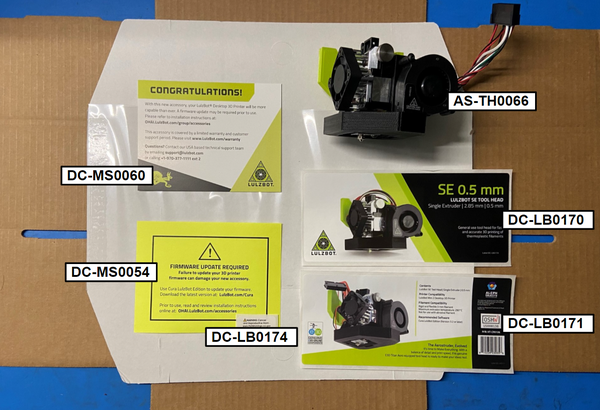 Take your unfolded box [SH-BX0088] placing so that the brown side is facing you and start by folding up the flaps on the left and right sides of the box as shown.

Next fold the bottom side (side with the semicircle cut) up, as shown.

Now take the left flap on the bottom side and fold it then repeat for the right flap and fold the top flaps toward the middle of the box, as shown.

Then fold the left and right flaps over the flaps on the bottom side of the box and make sure they are secured in the two open slots, as shown 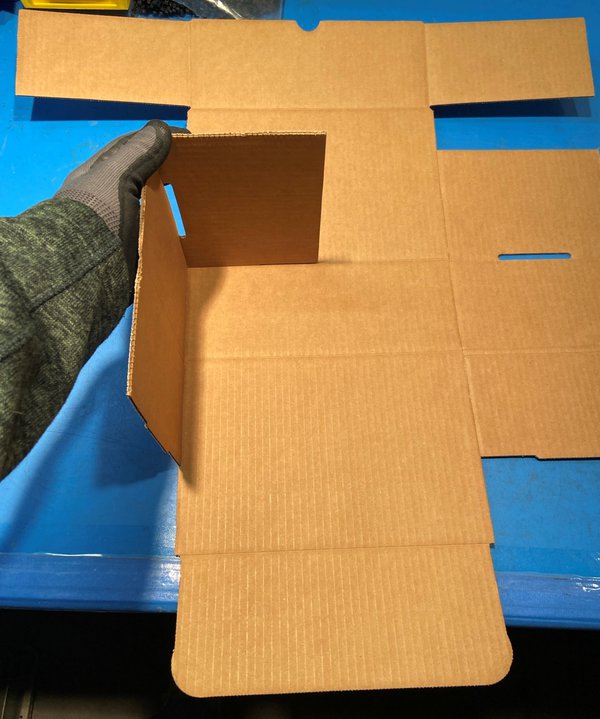 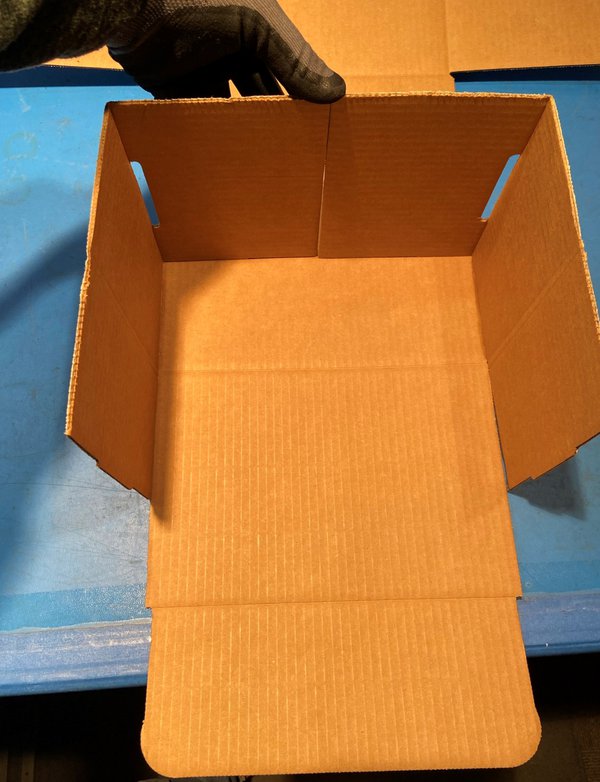 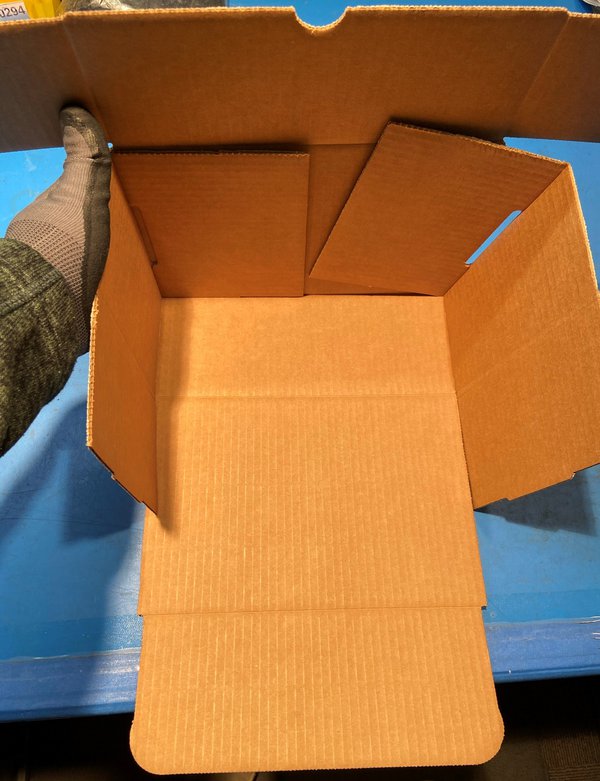 Fold left flap on bottom side 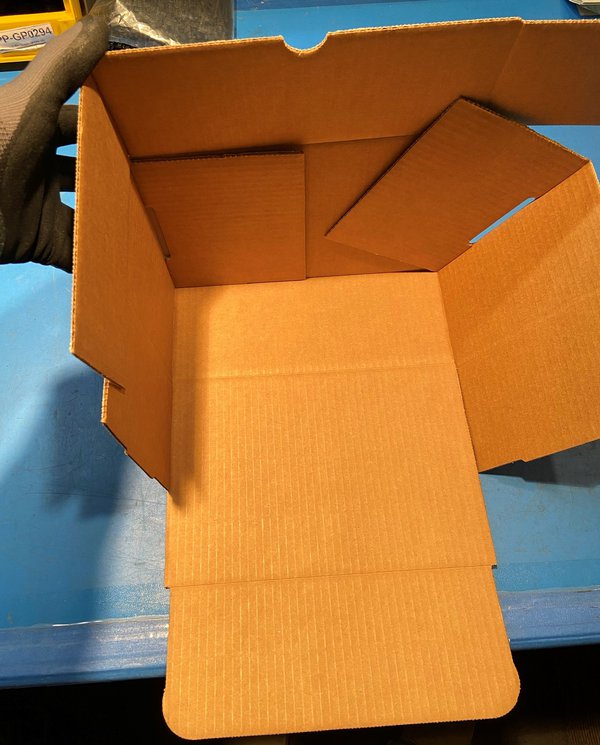 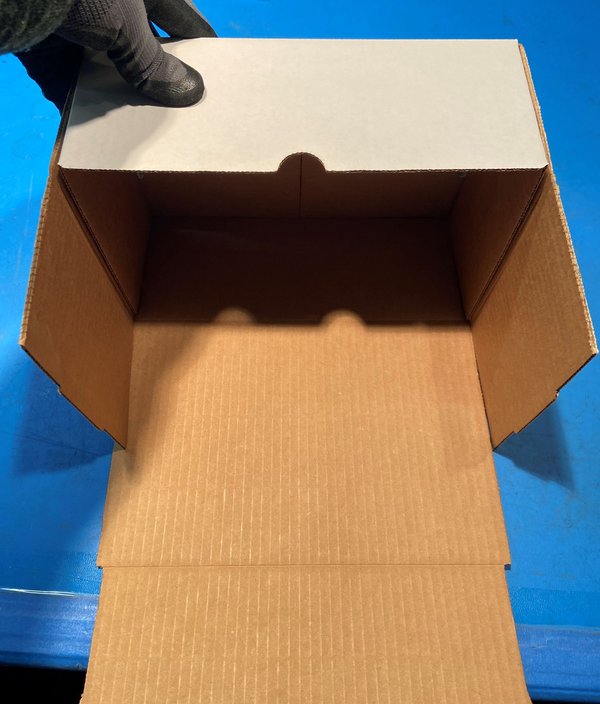 Flip box over and fold down the left and right sides 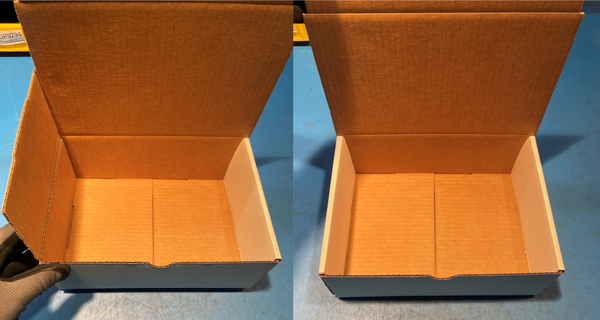 Fold the top side backwards 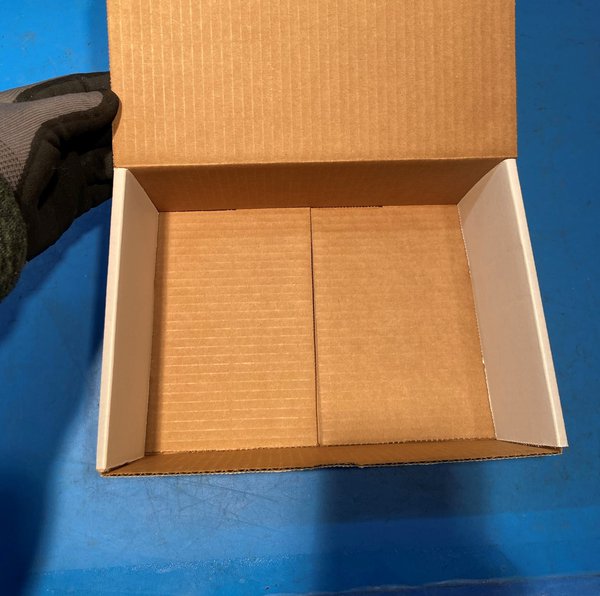 Then place the Korrvu and tool head inside the box 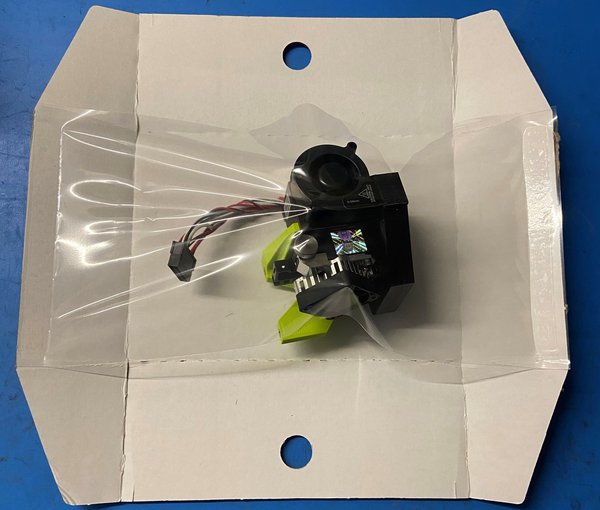 Fold the left and right side of the korrvu 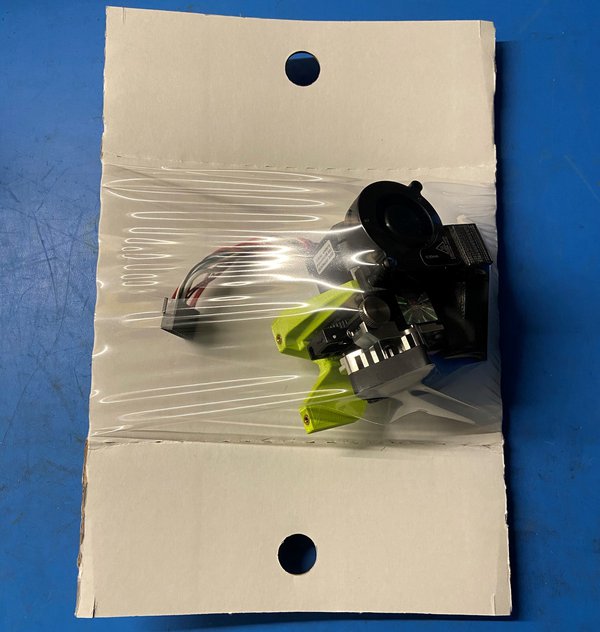 Fold the top and bottom side of the korrvu 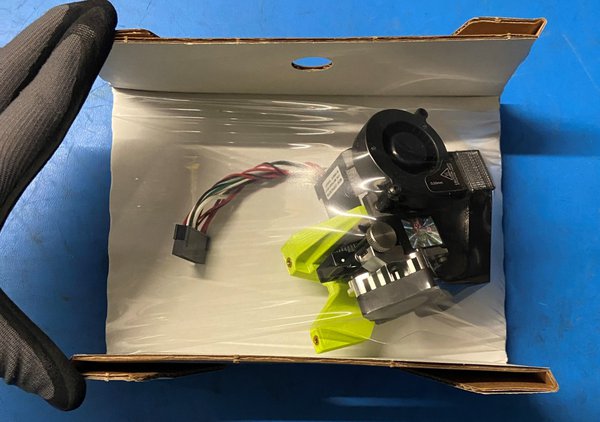 Place the Korrvu and tool head inside the box 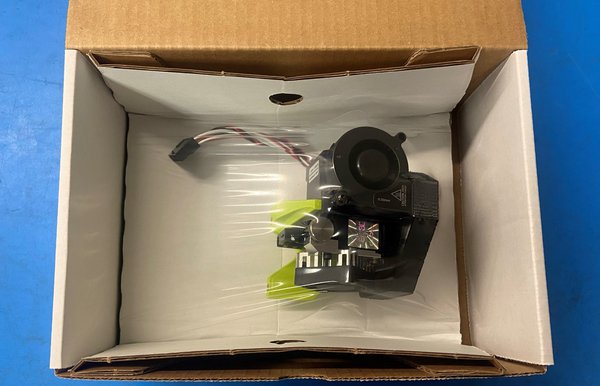 Place the CONGRATULATIONS! Accessory Instruction Card [DC-MS0060] on top of the tool head and place the Firmware Update Warning Card [DC-MS0054] over the congratulations card

7742247
Place the congratulation card on top of the tool head 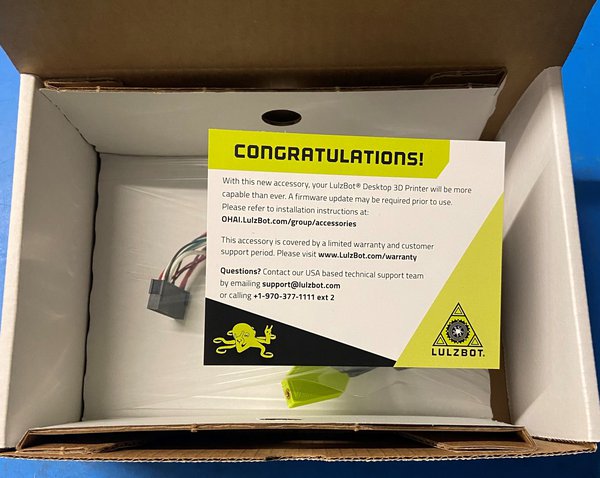 Place the Firmware warning card on top of the congratulations card 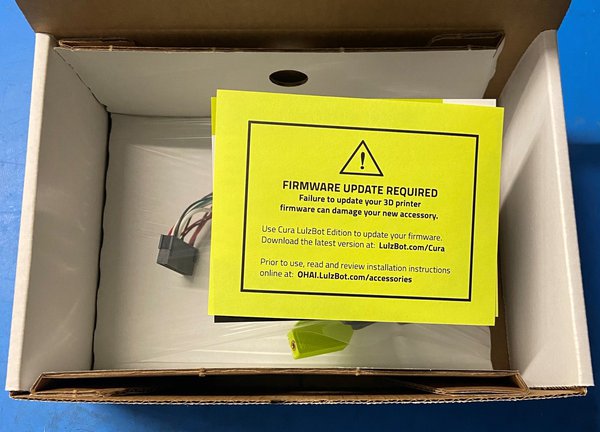 Now close the box and take it to the Uline tape machines.

Select the 12" length on the machine.

Place the tape with slightly more depth on the top of the box.

Now we will fold the sides inward.

Lastly, fold the tape down securing the lid of the box closed. 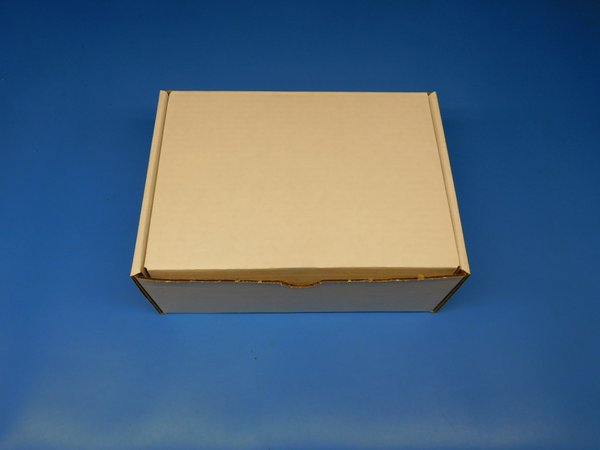 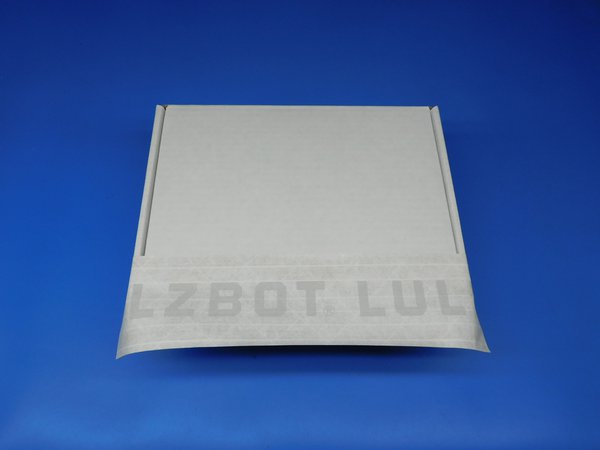 Fold sides the in first 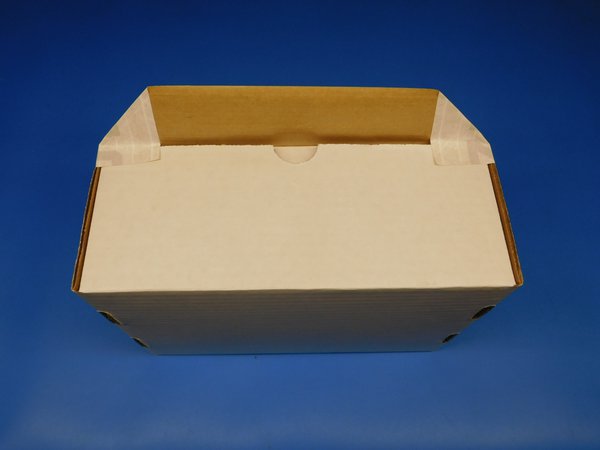 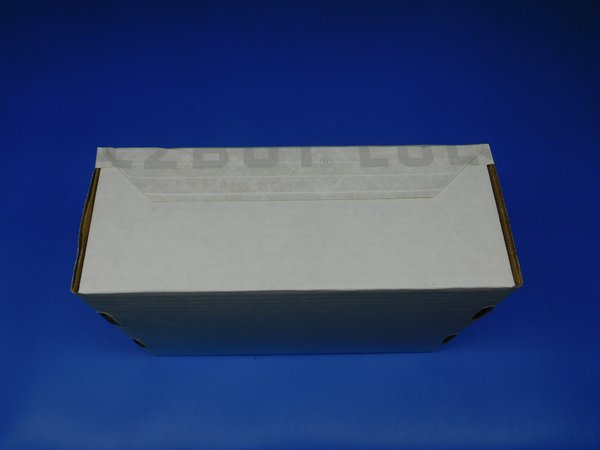 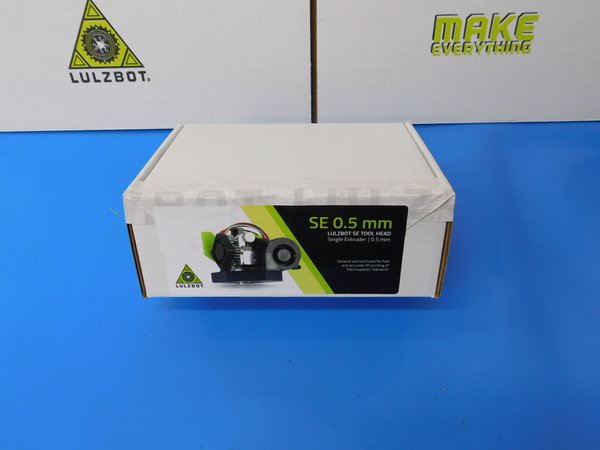 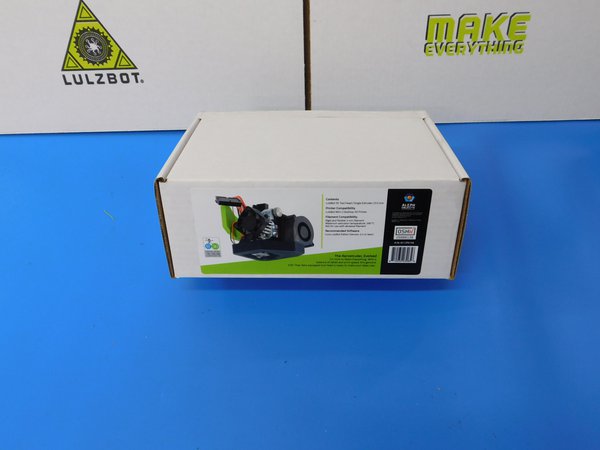 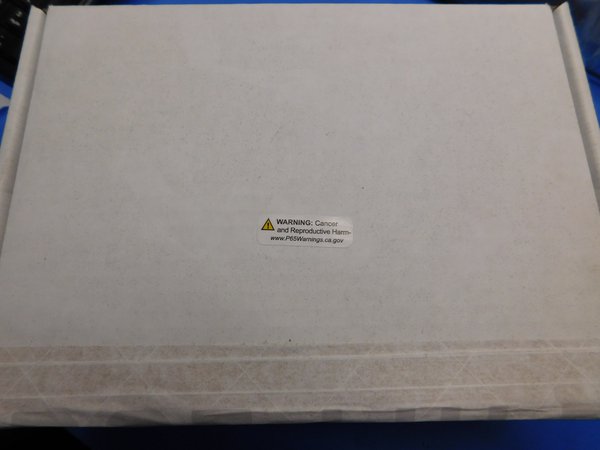