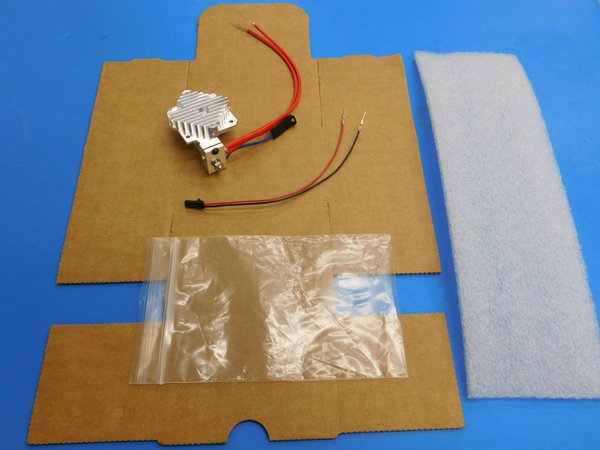 Clip the thermistor harness [AS-CB0048] to the hotend assembly [AS-HE0019] and carefully wrap the wires around the heatsink, as shown. Make sure that the pins are flat against the back of the heatsink so they can't get bent.

Place the hotend assembly at the bottom of the bag [SH-PG0003] and carefully roll it up before sealing the bag allowing as much of the air to escape as possible.

7741016
Wires wrapped around the heatsink 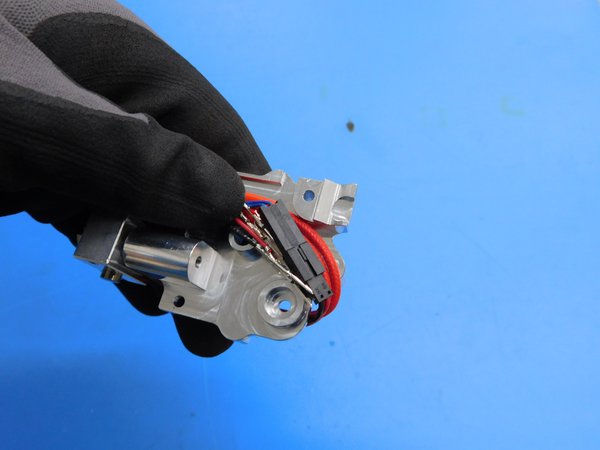 Hotend rolled up in the bag 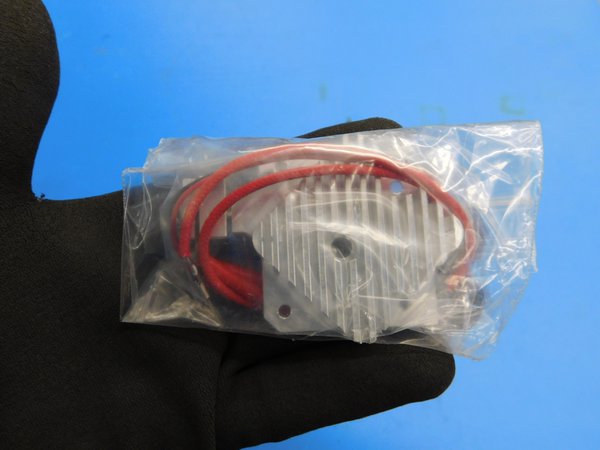 Take your un-folded box [SH-BX0022] placing so that the fold creases are facing you and start by folding up the flaps on the left and right side of the box as shown.

Now take the bottom flap and fold it over the two side flaps we brought in towards the middle, as shown.

Now fold the top flaps and fold them over the bottom flaps, as shown. 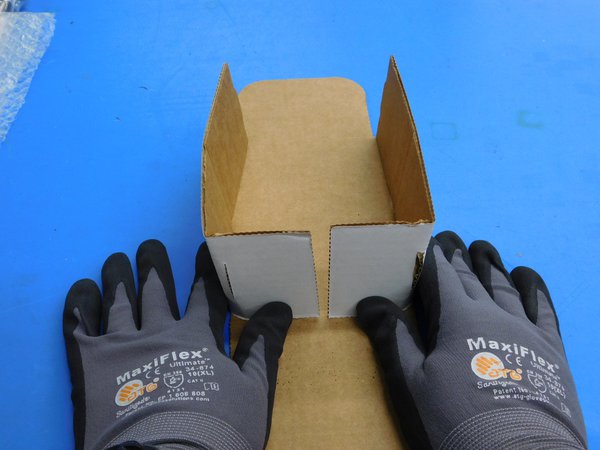 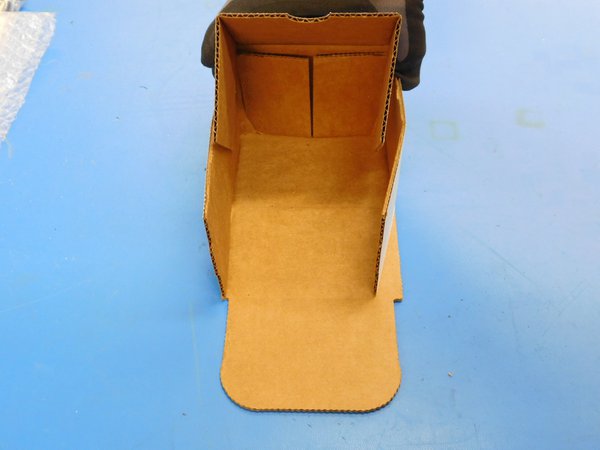 Top flaps half folded over 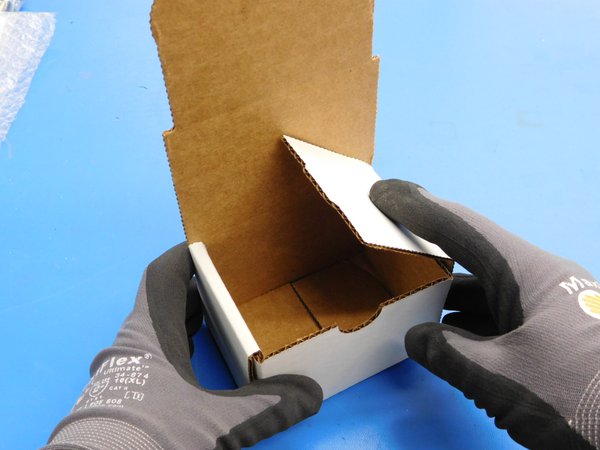 Place the bagged hotend at the bottom of a sheet of foam [SH-PA0054] and carefully roll it up before placing it in the box [SH-PG0022]. 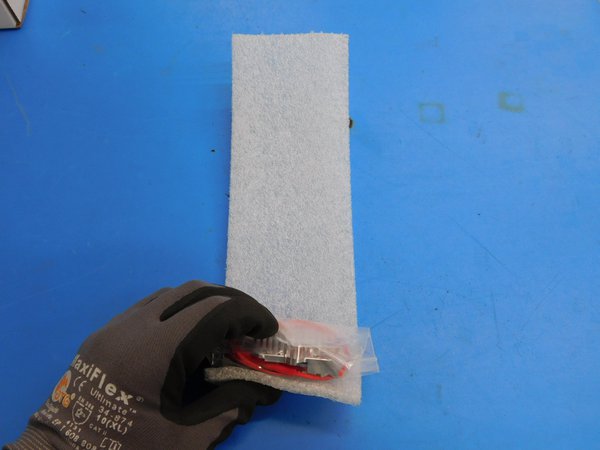 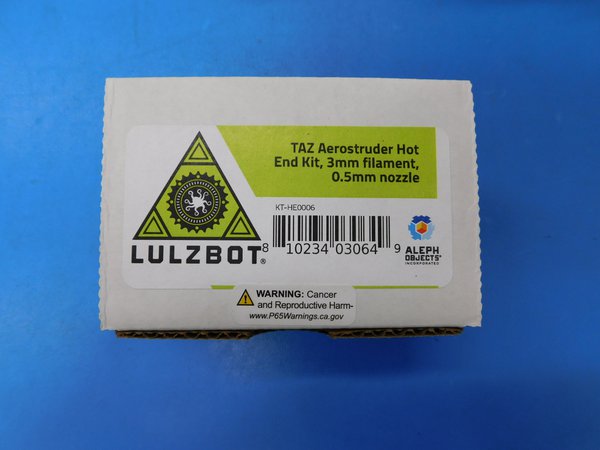